The Making of a SAD Microbiome 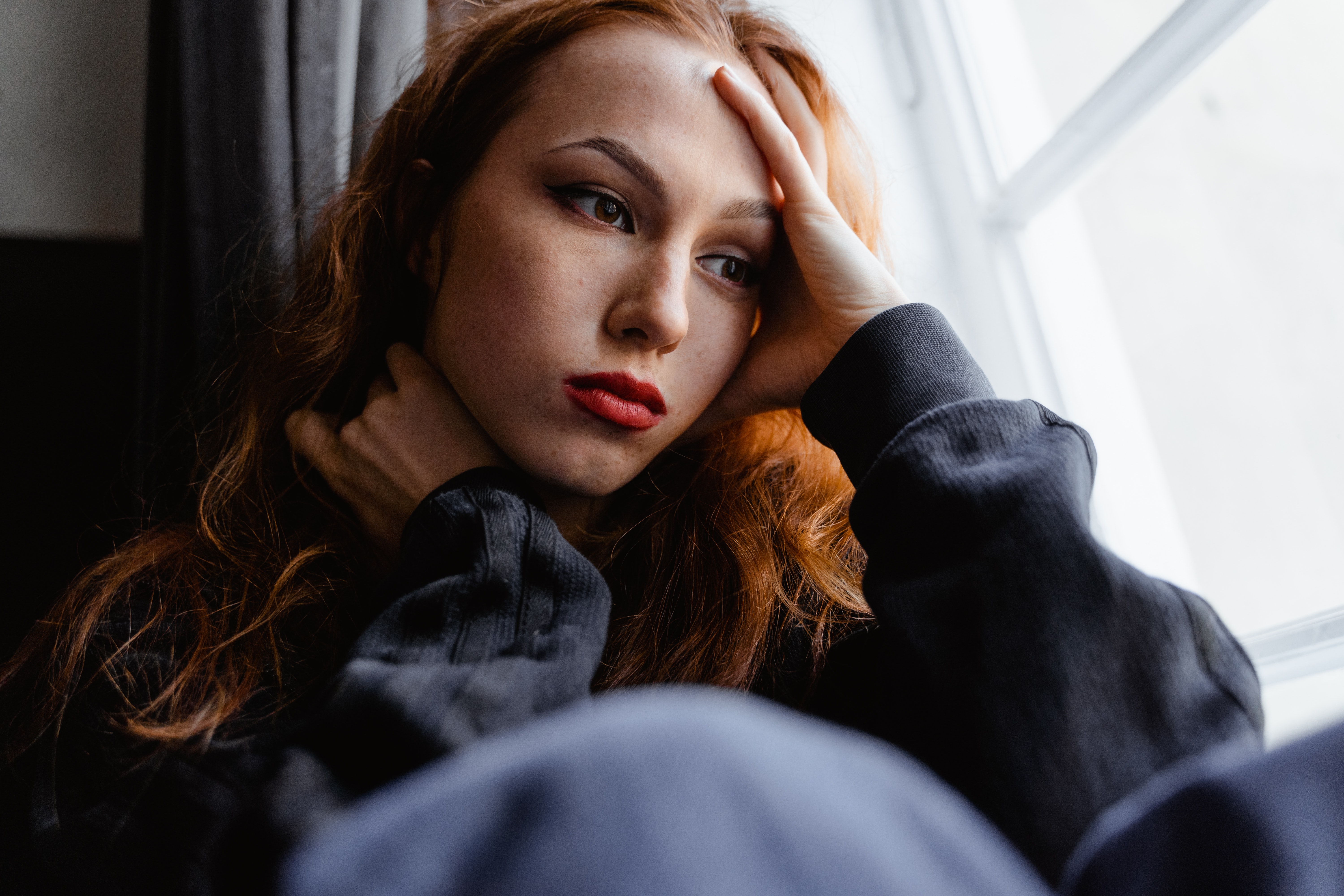 Feeling down, drained and lacking motivation? It could be due to a SAD microbiome.

Don’t we all know the feeling: when it’s grey and cold outside, who wants to leave the comfort of our warm bed? And when we feel uninspired, why is it all of a sudden all we can think about are carbs?! Turns out, a shortage of sunlight could be why. Think about it. In Winter, how often do you really see the sun? We wake up to darkness and leave work much the same. This constant grey can definitely affect our mood1, making depression all that more likely. This Seasonal Affective Disorder literally spells out how you feel: SAD. Luckily, we do have a solution!

SAD? Yes, but only in Winter.

Seasonal affective disorder (SAD) is a specific type of depression that happens as seasons change.

SAD starts and ends at the same time every year. For most people, this means SAD will emerge in Autumn, and continue into Winter, making you feel moody and low-energy. Often, these symptoms will resolve during Spring and Summer.

Although less likely, the opposite can also happen, whereby SAD starts in Spring or Summer and resolves in the colder months.

Walk into a room, and one in 15 people are likely to have SAD. Here are the symptoms to look out for:

Little sun exposure in the winter months has been associated with lower Vitamin D levels and higher depression scores, as shown by a large and recent meta-analysis of randomized controlled trials2.

When you are relax in the nice and warm sun, Vitamin D is synthesized within your skin from cholesterol.

Vitamin D is not only beneficial for your calcium and bone metabolism but also acts in many ways through Vitamin D receptors (VDRs), thereby affecting your brain and mood.

What’s more, a recent meta-analysis has shown that Vitamin D supplementation has can actually treat depressive symptoms to the same extent as if you were taking anti-depressants1, 3! No wonder we often brighten up our moods after laying in the sun.

Vitamin D supplementation has can actually treat depressive symptoms to the same extent as if you were taking anti-depressants!

The word “Vitamin” actually comes from the Latin word “vita” meaning “life” and “amine,” as they were thought to contain the required building blocks (amino acids) of life, as determined in the early 1900s.

So, in fact, the easiest way to treat SAD would be to enjoy the nice and warm sun for at least 30 minutes a day! This lets your skin produce Vitamin D for you. Isn’t that cool? Of course, it’s easier said than done in those grey and dark Winter months. Luckily, there is an alternative: a diverse microbiome.

“Gut Feelings” are Rooted in Science

Your gut microbiome has many beneficial effects on your health, as most of us know. Nevertheless, we’re gathering more and more evidence on just how much impact good gut bacteria have on our mood and cognition. Our gut is not only linked to emotions in literature, with idioms like “gut feelings”, “spilling one’s gut” or “having stomach in knots,” but also in science. There is great evidence for the involvement of our microbiome in brain functions, with the microbiota-gut-brain axis gaining greater acknowledgement as research develops.

The Sun Shines in Our Gut

Patients with depression have previously been associated with a dysbiotic microbiome and inflammation. The importance of a diverse microbiome has been demonstrated in a study where 21 females were exposed to three one-minute sessions of fully-body UVB over one week. Consequently, their gut microbiome developed more diversity. This was linked to more resistance against stressors and fewer depressive symptoms. In the study, the bacterial family Lachnospiraceae most notably increased in abundance – and did so simultaneously with increasing Vitamin D levels. Also, after UV exposure, the gut bacteria Firmicutes increased and Bacteroidetes decreased in mice.

You would like to get to know your microbiome better? No worries, take the test and we can tell you more.

Firmicutes have immunomodulatory roles, as shown in studies on germ-free mice. Those poor mice showed behavioural changes and reduced anxiety. After colonization with conventional microbiota those symptoms were reduced and they could happily spin the running wheel again. Jokes aside: it is clear now that the microbiota can influence emotional behaviour. This should be taken serious4.

The production of Vitamin D3 (cholecalciferol) within our skin changes our gut microbiome and has anti-inflammatory and anti-depressant properties. It’s a synergistic triangle.

In contrast, Vitamin D deficiency can lead to microbial dysbiosis, as shown in mice fed with a Vitamin D-free diet for 7 weeks5. More importantly, this trend has been observed in human studies. In one small study, patients with Vitamin D deficiency were treated with 40 000 IU Vitamin D3 once weekly, over the course of eight weeks. No clear difference in microbial diversity was found. However, the strains Clostridium colinae and Enterobacteriacae were detected6. Furthermore, sixteen healthy participants received high doses of Vitamin D3 supplementation (980 IU/kg body weight per week for four weeks and 490 IU/kg per week for another four weeks). Faecal samples and mucosa samples were collected before and after each procedure. The microbiome changed significantly with Vitamin D supplementation. What we can conclude: Vitamin D changes our microbial diversity for the better, going as far to brighten your mood and even motivation up, too.

And, as a side note, in case you have a child or want to become pregnant: proper maturation and stimulation of your little child’s microbiota are tremendously important for his or her later mental health. Keyword: hygiene-hypothesis.

Did you know: your gut microbiome and Vitamin D influence mood through metabolites and neurotransmitters?! Surprisingly, it was estimated that 90% of your body’s serotonin is made in your gut. Serotonin is the neurotransmitter in your brain which makes you happy. On the other hand, depression is linked to alterations in those neurotransmitters, microbial dysbiosis and changes in immune and endocrine functions. The bacterial enzyme tryptophanase is involved in the conversion of tryptophan which is further converted into serotonin (5-HT). This can shape your behaviour. You might feel happy or sad, determined amongst others by those little guys in your digestive tract.


Depression and the Immune System: Link to Your Gut Microbiome

So far, we established the link between seasonal changes in Vitamin D, your gut microbiome and SAD. Going a step further, there are even associations with seasonal changes in the severity of chronic inflammatory diseases. For example, Inflammatory Bowel Disease (IBD) or Multiple Sclerosis (MS). Have you noticed some differences throughout the year? More bloating in the winter months, more stomach cramps?

The immune system plays an important role here. Sunlight, Vitamin D and your microbiome can synergistically influence innate and adaptive immune responses. Meaning the fast-acting and less specific response (innate) and more specific and stronger, delayed (adaptive) response led by your little fighters, the T- and B-cells. A recent randomized controlled trial in 115 healthy adults showed an association between pro-inflammatory cytokines and depressive symptoms after infusion of endotoxin (Escherichia Coli)7. On top of this, a study showed a higher incidence of inflammatory diseases with lower sun exposure. Indicating a three-way interaction between inflammation, Vitamin D and depression.

Vitamin D in its active form 1,25(OH)2D3 changes your microbiome, maintains the integrity of your intestinal epithelial barrier necessary to keep those bad bugs away.

One mechanism of action: Vitamin D increases the production of antimicrobial peptides, antigen presenting cell (APC) and promotes regulatory T-cell (Treg). Inflammatory cytokines can additionally interfere with your body’s own serotonin synthesis. Interestingly, in a study, depressive symptoms like bad mood, decreased appetite, heightened sensitivity to pain, difficulty to concentrate (you agree with me: typical symptoms for depression) were actually linked to symptoms of fighting infections (if you think about it in this way, it might seem familiar to you too: being sick, decreased mood and appetite, just feeling like laying in bed). This link was also established on a molecular basis, where pro-inflammatory cytokines, like tumour necrosis factor (TNF), interleukin (IL)-1β and IL-6 were found in both conditions8. Interestingly, faecal microbial transplantation from a human with depressive symptoms to a microbiome-free rodent leads to the development of depressive symptoms in this animal.

Putting it all together: the sun increases the diversity of your microbiome, promotes Vitamin D production and those two factors synergistically act immunomodulatory, increase your mood and affects depressive symptoms beneficially. Just another reason to allow yourself some rest and enjoy the sun. In case there is no sun you might consider Vitamin D supplementation6.

Do you want to do more? Mice fed with probiotics showed reduced anxiety symptoms and depression-related behaviour. As a reminder: the Food and Agriculture Organization of the United Nations defined probiotics as live microorganisms that when administered in adequate amounts confer a health benefit on the host. The amount and type of bacteria ingested is highly important but varies a lot between the products. Now, even the term psychobiotic was introduced. Describing ingested live organisms acting on the gut-brain axis to relieve depressive symptoms.

In a large population-based cross-sectional study with 18019 subjects, participants who consumed probiotics had a lower risk of developing any depression. However, this was no longer significant after adjusting for characteristics associated with depression and probiotic exposure. Subjects consuming probiotics might in generally live a healthier lifestyle, confounding the results and are therefore less likely to develop depression. So, by reading this blog, being interested and consuming probiotics you might already be one step further towards a healthy life (wink).

Several studies related a high intake of fruit, vegetables, whole grain and fibre with a lower risk of developing depression.

Take a second to reflect on your eating behaviour. What does your plate normally look like? Colourful and diverse? Or simple and kind of sad. Fibre might seem odd and boring but they are actually very important! Those starchy and gelling substances for example in oats and rye bread are fermented by your gut bacteria. Thereby changing their microbial composition. Prebiotics are likely to decrease inflammation and as we know now, this is associated with fewer depressive symptoms. Imagine this: you eat fibre, they will slowly walk all the way through your digestive tract, thereby slowing down your digestion. In the colon, they will meet the hungry bacteria who will “eat” the fibre (fermentation) and use them as energy. This will make them happy and will change their composition. Leaving behind the happy and good bacteria, aiding in your digestion and health and erasing the less-beneficial bacteria. Happy gut microbes– happy you9!


Conclusion: you don’t have to feel bad if you take a rest in the sun. You actually do something good for your mood, health and microbiome. Stay positive!